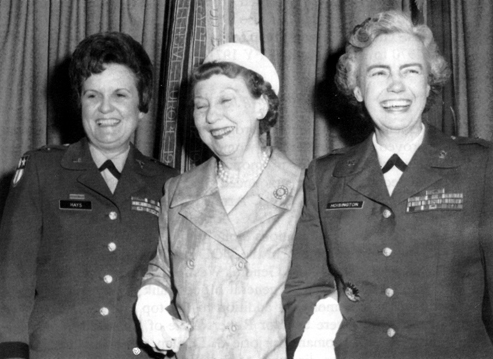 On 11 June 1970, in a ceremony at the Pentagon, Secretary of the Army Stanley Resor and General Westmoreland promoted the first two women officers to achieve general officer rank in any military service.