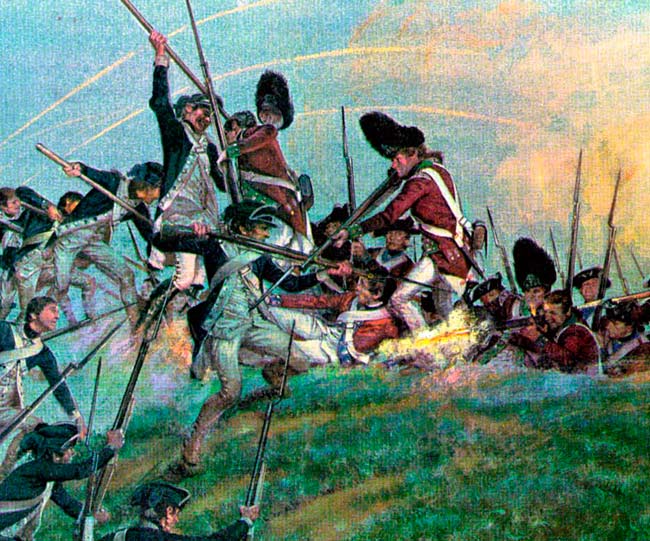 In the summer of 1781, ending a campaign in Virginia, Cornwallis took post at Yorktown with a force of about 8,000 men. Washington, meanwhile, guarding Clinton's main British force in New York, was joined in April by 4,000 French troops under the Comte de Rochambeau. On 14 August he learned that French Admiral De Grasse, with a powerful fleet, was sailing from the West Indies to the Chesapeake Bay. In the hope of surrounding Cornwallis by land and sea, Washington hurried southward with the main portion of the Franco-American Army, leaving only a small force to guard Clinton in New York.

The plan worked remarkably well. De Grasse arrived in the Chesapeake on 30 August, landed additional French troops, and fought an indecisive battle with the British fleet, but at its end remained in firm control of the bay as the Allied armies arrived. On 28 September these armies began siege operations, using the traditional European system of approaches by parallel trenches. In order to complete the second parallel, Washington ordered the seizure of two British redoubts near the York River. The French were assigned the first, Redoubt No. 9, and the American Light Infantry under Lt. Col. Alexander Hamilton the second, Redoubt No. 10. On the evening of 14 October, as covering fire of shot and shell arched overhead, the Americans and French moved forward. The Americans, with unloaded muskets and fixed bayonets, did not wait for sappers to clear away the abatis, as the French did, but climbed over and through the obstructions. Within ten minutes the garrison of Redoubt No. 10! was overwhelmed. The French also met with success but suffered heavier losses.

After a vain attempt to escape across the York, Cornwallis surrendered his entire force on 19 October 1781, an event that virtually assured American independence, although the final treaty of peace was not signed until 3 September 1783.