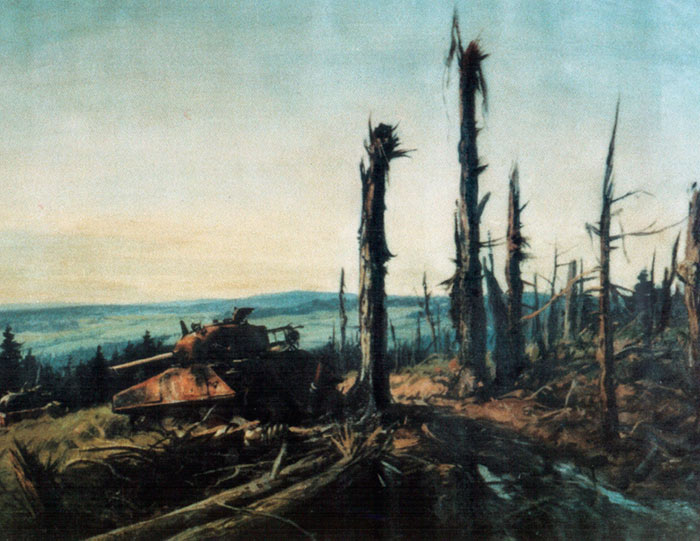 The Huertgen Forest was one of the first obstacles to the Allied advance inside Germany. Between 14 September and 9 December 1944, a total of five Army divisions, a combat command of armor, an armored infantry battalion, and a battalion of Rangers fought there. By the time the forest was in American hands 8,000 men had fallen from exhaustion and the elements; 23,000 more were wounded, captured, missing, or killed. When the artillery shelling from both sides finally stopped, the Huertgen Forest, in the words of the Army’s official history, looked “like a battlefield designed by the Archfiend himself.”