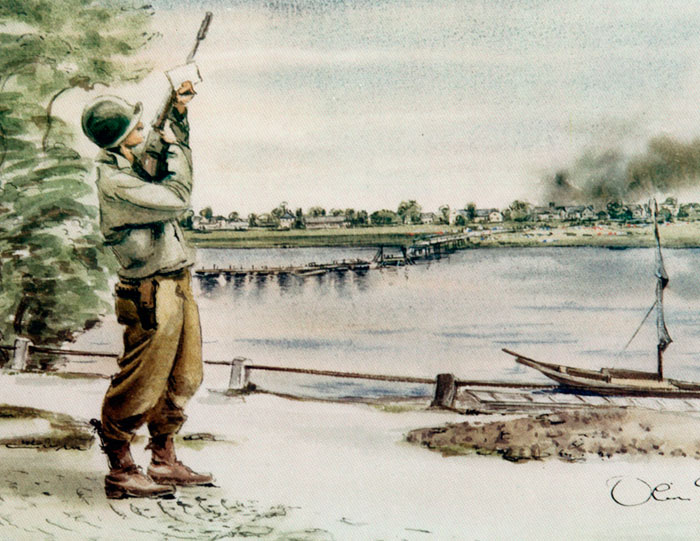 “At 1145 on the morning of April 25, 1945, from the Strehla bank of the Elbe River, Lt Kotzebue fires two red and green flares from a carbine as a signal of identification to the Russians on the opposite bank. Below is the boat which he and five men from his patrol used to reach the Russian side. In the background is the drifting German pontoon bridge which has been knocked away from its moorings by shell fire and the mixed German military and civilian convoy which was trying to cross the Elbe when destroyed by Russian tanks.”