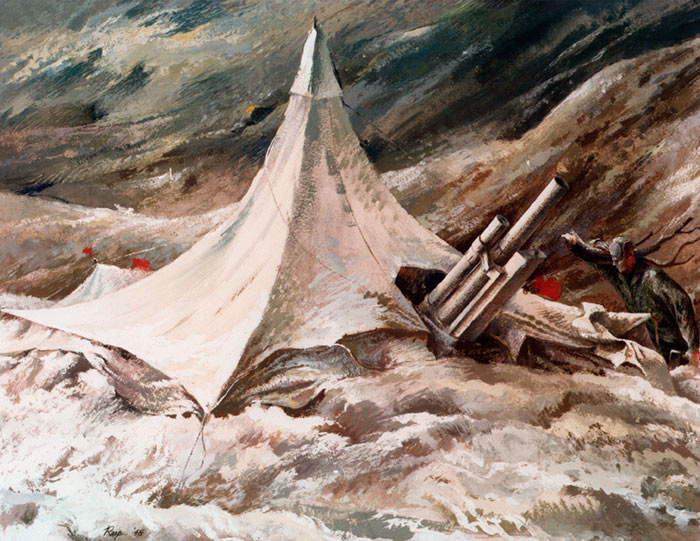 “At first, artillerymen lived in tents near their howitzers, and then because of heavy counter-battery, they dug in. The rains increased and the tents were placed over the weapons, allowing them to be fired out of the tent door. Soon after, snow began to fall regularly and both tents and howitzers were painted white. Ammunition, kitchen supplies, and nearly all other equipment was marked by long poles being driven into the ground with red cans attached to the tops. After weeks of snowfall the white valley blossomed forth. General Charles L. Bolte, commanding general of the 34 th Infantry Division, always referred to this Indice River valley scene as the valley of ‘salvage roses.’”