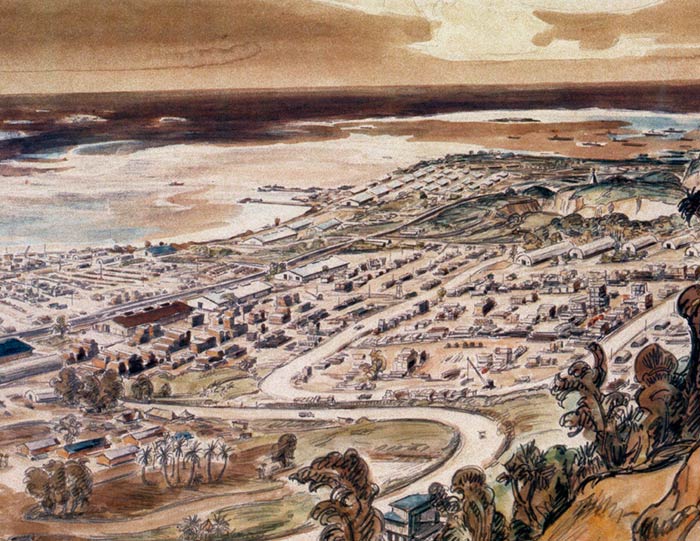 As Allied forces moved across the Pacific, they had to develop supply bases and airfields on conquered islands in order to advance to the next island. Even before Saipan had been completely cleared of enemy forces, Army engineers began the job of transforming it into the most powerful base in the Pacific. American forces landed on the island in June 1944, and by November B-29 Superfortresses were flying bombing missions from the runways the engineers had cleared from the hard coral rock.