An Overview of
The U.S. Army Center of Military History

The Center Of Military History (CMH), which reports to the United States Army Training and Doctrine Command (TRADOC), is responsible for the appropriate use of history throughout the United States Army. Traditionally, this mission has meant recording the official history of the Army in both peace and war, while advising the Army Staff on historical matters. In terms of this tradition, the Center traces its lineage back to those historians under the Secretary of War who compiled the Official Records of the Rebellion, a monumental history of the Civil War begun in 1874, and to a similar work on World War I prepared by the Historical Section of the Army War College.

The modern organization of the Army's historical efforts dates from the creation of the General Staff historical branch in July 1943 and the subsequent gathering of a large team of historians, translators, editors, and cartographers to record the official history of World War II. This team began publication of the United States Army in World War II series (the well-known "green books"), which numbers 79 volumes. Since then, CMH has produced detailed series on the Army's role in the Korean and Vietnam Wars and has begun a series on the U.S. Army in the Cold War. These works, supplemented by hundreds of monographs and other publications on a rich mix of topics, have made the Center one of the major publishers of military history in the world.

Since its formation, CMH has provided historical support to the Army Secretariat and Staff, contributing essential background information for decision making, staff actions, command information programs, and public statements by Army officials. Over the decades it also has progressively expanded its role in the vital areas of military history education, the management of the Army's museum system, and the introduction of automated data-retrieval systems. The Center's work with Army schools ensures that the study of history is a significant part of the training of officers and noncommissioned officers. It also supports the use of history to foster unit pride and give today's soldiers an understanding of the Army's past. Much of this educational work is also performed at field historical offices and in Army museums. The Center thus provides all levels of the Army, as well as other services, government agencies, and the public, with a growing awareness of history that goes well beyond publications alone.

Under the direction of the Chief of Military History and his principal adviser, the Army's Chief Historian, CMH's staff is involved in dozens of major writing projects at any one time. Many of these efforts involve new research that ranges from traditional studies in operational and administrative history (from the present on back) to the examination of such areas as procurement, peacekeeping, and the global war on terror. Those works under way and projected are described in the Army Historical Program, an annual report to the Chief of Staff on the Army's historical activities. All Center publications currently in print are listed on CMH's online (Web) book catalog, www.history.army.mil/catalog. The Center's newest and recent books appear in a print catalog, Publications Catalog of the U. S. Army Center of Military History. Both the Web and print catalogs explain how to access CMH publications. Many publications are also posted on the Center's main Web site, www.history.army.mil.

In addition, Army historians maintain the organizational history of Army units, allowing the Center to provide units of the Regular Army, the Army National Guard, and the Army Reserve with certificates of their lineage and honors and other historical material concerning their organizations. The Center also determines the official designations for Army units and works with the Army Staff during force reorganizations to preserve units with significant histories, as well as unit properties and related historical artifacts. 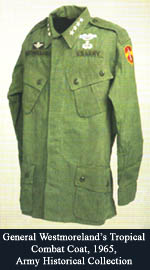 Underscoring the importance of oral history to an understanding of the past, CMH serves as a clearing-house for the oral history programs in the Army at all levels of command. It also conducts and preserves its own oral history collections, including those from the Vietnam War, Desert Storm, and the many recent contingency operations. In addition, the Center's end-of-tour interviews within the Army Secretariat and Staff provide a basis for its annual histories of the Department of the Army.

As tangible representations of the service's mission, military artifacts and art enhance the soldier's understanding of the profession of arms. CMH manages a system of 59 Army museums and 176 other holdings, encompassing some 500,000 artifacts and over 15,000 works of military art. The Center also provides professional museum training, staff assistance visits, teams of combat artists, and general museum support throughout the Army. Current projects include establishment of the National Museum of the U.S. Army at Fort Belvoir, Virginia, whose operational control is under the Office of the Assistant Secretary of the Army, Installations and Environment.

The Chief of Military History is responsible for ensuring the appropriate use of military history in the teaching of strategy, tactics, logistics, and administration. This mission includes a requirement that military leaders at all levels be aware of the value of history in advancing military professionalism. To that end, the Center holds a biennial history conference and workshop; publishes Army History, a professional bulletin devoted to informing the larger military history education community; and supplies readings for the Army school system, including the ROTC community, and texts and other support for the Army's staff ride program. In this effort, the Chief of Military History is assisted by a historical advisory committee that includes leading academic historians and representatives of the Army school system.

Staff rides enable military leaders to retrace the course of a battle on the ground, deepening their understanding of the recurring fundamentals of military operations. As one of the Army's major teaching devices, staff rides are particularly dependent on a careful knowledge of military history. Center historians lead rides directed by the Secretary of the Army and the Chief of Staff and attended by senior members of the Army Staff.

The responsibilities of the Chief of Military History have also thrust the Center into the national and international historical arena. It administers the Army's far-flung Command History Program, to provide historical support to Army organizations worldwide. In addition, since the first Persian Gulf War, the Center has coordinated the deployment of military history detachments and the collection of historical data during peacekeeping and wartime operations, including those in Somalia, Haiti, Bosnia, Kosovo, Afghanistan, and Iraq.

To stimulate interest in military history in the Army and the nation, CMH sponsors professional programs.

Fellowships: To encourage and support dissertations in military history by graduate students, the Center offers up to four dissertation fellowships each academic year. These fellowships carry a $10,000 stipend and access to the Center's facilities and expertise. Although the fellowship program broadly defines the history of war on land, it selects winners with a preference for topics on the history of the U.S. Army. Inquiries should be addressed to the Chief Historian. 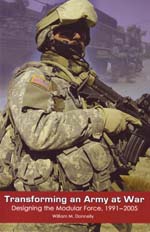 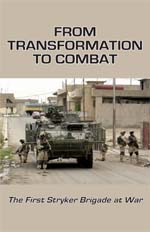 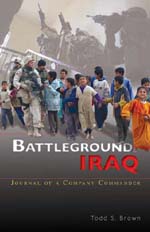 Publications: The Center is particularly interested in projects of contemporary interest, such as expeditionary combat, multinational peacekeeping, NATO enlargement, humanitarian relief, nation-building, noncombatant evacuation, antiterrorism, and the management of change. In these areas the Center is able to facilitate research, provide graphics and editorial support, and carry manuscripts through to publication.

Historical Services to the Public

CMH's art and documents collections, library, and reference services are available to private researchers. Official priorities permitting, its historians, curators, and archivists advise researchers on military history and stand ready to share their expertise concerning the location of sources. The Collections Branch of the Museum Division arranges temporary loans of paintings and drawings from the Army Art Collection to private organizations that agree to display the art publicly in accordance with Army regulations. The Army's museums and historical holdings throughout the country and abroad are open to the public, and their curators are available to answer reference questions. Inquiries about these programs and services should be addressed to CMH's Executive Officer. (Click here to contact CMH.)

The following publications provide additional information about the activities, services, and products of the Center of Military History: